On switching to Linux

In November, I switched to GNU/Linux at home (I still use OS X at work, because I still write Objective-C in Xcode at work). Or rather, I switched back: I’d been using it around a decade ago. 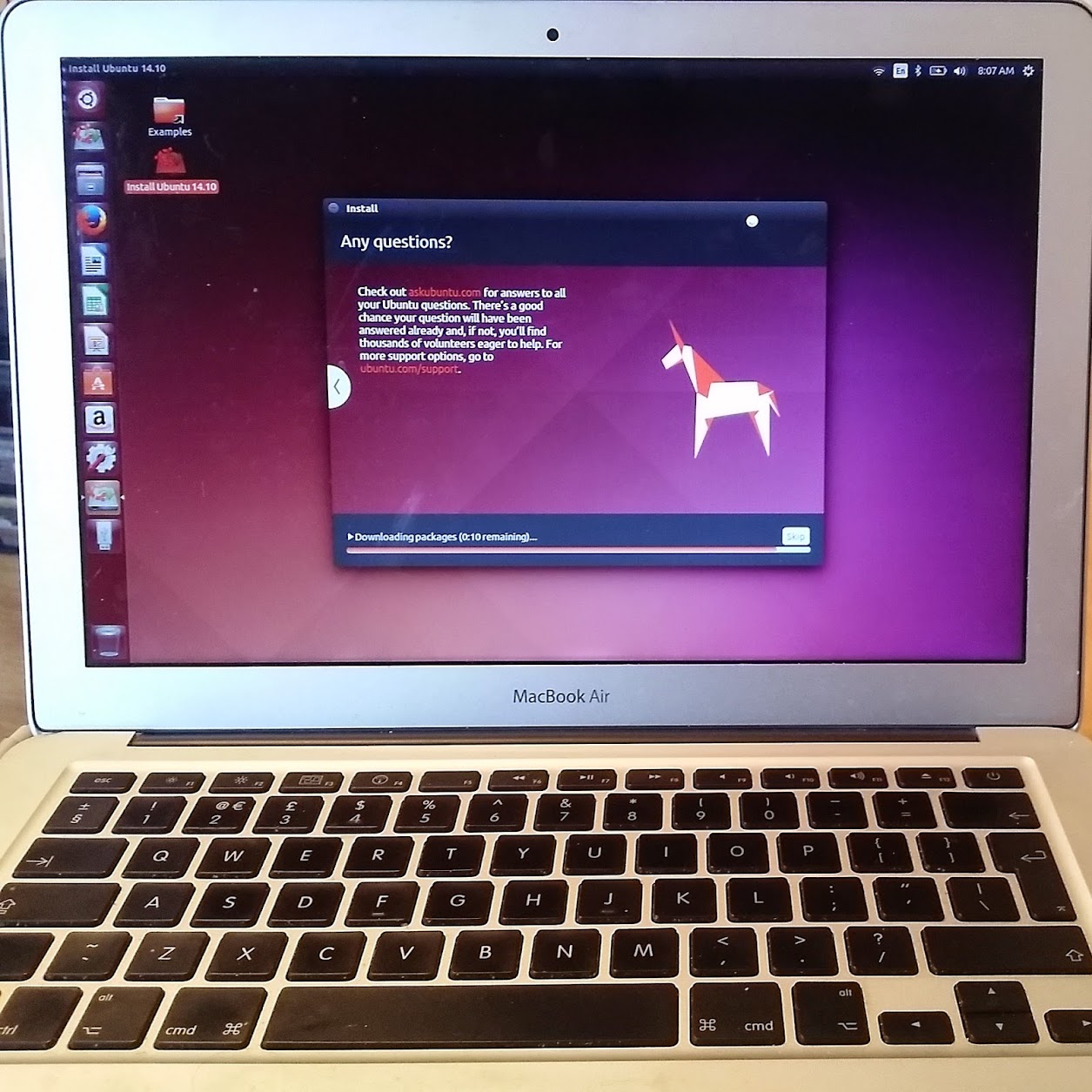 In December, I resolved to spend more time working with Free Software during 2015 and beyond. Now I find that my story is not unique, others have left OS X (now a dead link, sadly) or are concerned at the state of Apple. I have had conversations with friends about moving from OS X to Debian, to OpenBSD, to other systems.

In my case, there was no watershed moment, no Damascene conversion from the Tablet According to Jobs to the Stallman Doctrine. Rather, my experience has been one of a thousand tiny cuts, and the feeling that while GNU is not actually a better system, it’s one that I’m allowed to make changes to. When iWork was ‘upgraded’ to a less-capable version with an incompatible file format, cut. Every time I plug my Apple display into my Apple computer, then have to unplug it and connect it again before it works properly, cut. Even when the display works, I have to unplug the (Apple) keyboard and plug it back in, cut. Every time iTunes connects to the network but doesn’t let me play any of my tunes, cut. When Apple trumpets the superiority of their new map that shows I live in “Royal Spa”, cut. When iCloud showed its message that I have to upgrade to the new way and devices still on the old way can’t see my files any more, cut. Like the above-linked authors, I’ve got to a point where the only Apple-supplied software in my Dock is the Finder. In my case, it’s happened one app at a time.

The thing is, Apple’s been building some great new things. There’s the watch, Swift, improvements to Cocoa, and they still have the best hardware around. If it weren’t for both the real regressions and the fear of potential regressions on every upgrade or app update, I’d still be confident that their Unix desktop were the best. As it is, I think it could possibly be the least worst, but I’m no longer certain.

Most of the time I don’t care about my computer’s operating environment. This isn’t so much the year of Desktop Linux for me, as the year of Desktop Ambivalence. The OS is the thing that spends most of the time and RAM involved in showing me an emacs window, or a terminal emulator, or a Smalltalk machine, or a web browser. I shouldn’t need to care how it works. But if it’s going to get in my way, give me a chance to do something about it.

The standard trope response is “LOL you must have a bad idea of UX if you use Linux”, which is the sort of thing that was true at the turn of the millennium when most of us were last tyre-kicking some GNU distro but is now an outdated view of the world. But again, should there be a problem, I hope to have the ability to fix it both for myself and others.

So far this year I’ve started small. I’ve been reminding myself of the differences between OS X and BSD commands that I’m used to, and the Linux and SysV commands that I’ve not used frequently in nearly a decade. I’ve been learning about Vala and GTK+.

I make it faster and easier for you to create high-quality code.
View all posts by Graham →
This entry was posted in advancement of the self, GNU, Mac. Bookmark the permalink.

6 Responses to On switching to Linux