However you slice the pie, we’re between two and three decades away from the centenary celebration for applied computing (which is of course significantly after theoretical or hypothetical advances made by the likes of Lovelace, Turing and others). You might count the anniversary of Colossus in 2043, the ENIAC in 2046, or maybe something earlier (and arguably not actually applied) like the Z3 or ABC (both 2041). Whichever one you pick, it’s not far off.

That means that the time to start organising the handover from the first century’s programmers to the second is now, or perhaps a little earlier. You can see the period from the 1940s to around 1980 as a time of discovery, when people invented new ways of building and applying computers because they could, and because there were no old ways yet. The next three and a half decades—a period longer than my life—has been a period of rediscovery, in which a small number of practices have become entrenched and people occasionally find existing, but forgotten, tools and techniques to add to their arsenal, and incrementally advance the entrenched ones.

My suggestion is that the next few decades be a period of uncovery, in which we purposefully seek out those things that have been tried, and tell the stories of how they are:

I imagine a multi-volume book✽, one that is to the art of computer programming as The Art Of Computer Programming is to the mechanics of executing algorithms on a machine. Such a book✽ would be mostly a guide, partly a history, with some, all or more of the following properties:

As TAOCP is a survey of algorithms, so this book✽ would be a survey of techniques, practices and modes of thought. As this century’s programmer can go to TAOCP to compare algorithms and data structures for solving small-scale problems then use selected algorithms and data structures in their own work, so next century’s applier of computing could go to this book✽ to compare techniques and ways of reasoning about problems in computing then use selected techniques and reasons in their own work. Few people would read such a thing from cover to cover. But many would have it to hand, and would be able to get on with the work of invention without having to rewrite all of Doug Engelbart’s work before they could get to the new stuff. 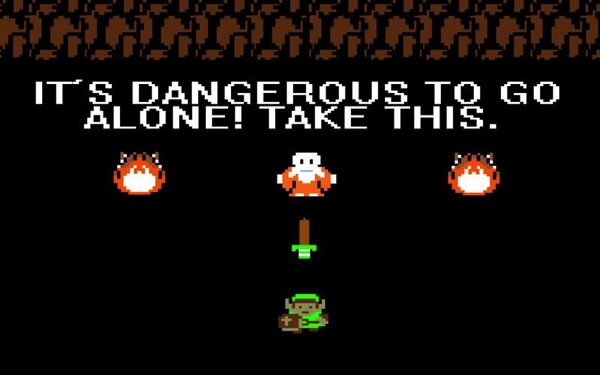 ✽: don’t get hung up on the idea that a book is a collection of quires of some pigmented flat organic matter bound into a codex, though.

I make it faster and easier for you to create high-quality code.
View all posts by Graham →
This entry was posted in academia, advancement of the self, books, learning, Responsibility, software-engineering, tool-support. Bookmark the permalink.