It’s common in our cooler-than-Agile, post-Agile community to say that Agile teams who “didn’t get it” eschewed good existing practices in their rush to adopt new ways of thinking. We don’t need UML, we’re Agile! Working software over comprehensive documentation!

This short post is a reminder that it ran both ways, and that people used to the earlier ways of thinking also eschewed integrating their tools into the Agile methodology. We don’t need Agile, we’re Model-Driven! Here’s an excerpt from 2004’s UML 2 Toolkit:

Certain object-oriented methods on the market today, such as The Unified Process, might be considered processes. However, other lightweight methods, such as Extreme Programming (XP), are not robust enough to be considered oricesses in the way we use the term here. Although they provide a valuable set of interrelated techniques, they are often referred to as “small m methodologies” rather than as software-engineering processes.

This is in the context of saying that UML supports software-engineering processes in which a sequence of activities produce “documentation…about the system being built” and “a product that solves the initial problems is introduced and delivered”. So XP is not robust enough at doing those things for UML advocates to advocate UML in the context of XP.

One of the principles behind the manifesto for Agile software development says:

Business people and developers must work
together daily throughout the project.

I don’t like this language. It sets up the distinction between “engineering” and “the business”, which is the least helpful language I frequently encounter when working in companies that make software. I probably visibly cringe when I hear “the business doesn’t understand” or “the business wants” or similar phrases, which make it clear that there are two competing teams involved in producing the software.

Neither team will win. “We” (usually the developers, and some/most others who report to the technology office) are trying to get through our backlogs, produce working software, and pay down technical debt. However “the business” get in the way with ridiculous requirements like responding to change, satisfying customers, working within budget, or demonstrating features to prospects.

While I’ve long pushed back on software people using the phrase “the business” (usually just by asking “oh, which business do you work for, then?”) I’ve never really had a replacement. Now I try to say “experts around the table”, leaving out the information about what expertise is required. This is more inclusive (we’re all experts, albeit in different fields, working together on our common goal), and more applicable (in research software engineering, there often is no “the business”). Importantly, it’s also more fluid, our self-organising team can identify lack of expertise in some area and bring in another expert.

A lot of what I’ve been reading and thinking about of late is about the agile backlash. More speed, lower velocity reflects on IT teams pursuing “deliver more/newer IT” at the cost of “help the company achieve its mission”. Grooming the Backfog is about one dysfunction that arises as a result: (mis)managing a never-ending road of small changes rather than looking at the big picture and finding a path toward the destination. Our products are not our products attempts to address this problem by recasting teams not as makers of product, but as solvers of problems.

Here’s the latest: UK wasting £37 billion a year on failed agile IT projects. Some people will say that this is a result of not Agiling enough: if you were all Lean and MVP and whatever you’d not get to waste all of that money. I don’t necessarily agree with that: I think there’s actually things to learn by, y’know, reading the article.

The truth is that, despite the hype, Agile development doesn’t always work in practice.

True enough, but not a helpful statement, because “Agile” now means a lot of different things to different people. If we take it to mean the values, principles and practices written by the people who came up with the term, then I can readily believe that it wouldn’t work in practice for people whose context is different from those who came up with the ideas in 2001. Which may well be everyone.

I’m also very confident that it doesn’t mean that. I met a team recently who said they did “Agile”, and discussed their standups and two-week iterations. They also described how they were considering whether to go from an annual to biannual release.

Almost three quarters (73%) of CIOs think Agile IT has now become an industry in its own right while half (50%) say they now think of Agile as “an IT fad”.

The report revealed 44% of Agile IT projects that fail, do so because of a failure to produce enough (or any) documentation.

The survey found that 34% of failed Agile projects failed because of a lack of upfront and ongoing planning. Planning is a casualty of today’s interpretation of the Agile Manifesto[…]

68% of CIOs agree that agile teams require more Architects. From defining strategy, to championing technical requirements (such as performance and security) to ensuring development teams stick to the rules of the game, the role of the Architect is sorely missed in the agile space. It must be reintroduced.

A bit near the top of the front page of the manifesto for agile software development is a sentence fragment that says:

Before we discuss that fragment, I’d just like to quote the end of the sentence. It’s a long way further down the page, so it’s possible that some readers have missed it.

That is, while there is value in comprehensive documentation, we value working software more.

There is value in comprehensive documentation.

Now I want to apply the same set of transforms to another of the sentence fragments:

There is value in following a plan.

Nobody ever said don’t have a plan. You should have a plan. You should be willing to amend the plan. I was recently asked what I’d do if I found that my understanding of the “requirements” of a system differ from the customer’s understanding. It depends a lot on context but if there truly is a “the customer” and they want something that I’m not expecting to offer them, it’s time for me to either throw away my version or find a different customer.

Similarly, nobody said don’t have comprehensive documentation. I have been on a very “by-the-book” Agile team, where a developer team lead gave feedback that they couldn’t work out where a change would go to enable a particular feature. That’s architecture! What they wanted was an architectural plan of the system. Except that they couldn’t explicitly want that, because software architecture is so, ugh, 1990s and Rational Rose. Wanting an architecture diagram is like wanting to use CORBA, urrr.

Once you get past that bizarre emotional response, give me a call. 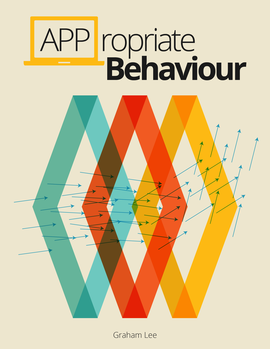