Why do we annoy our users?

I assume that, with my audience being mainly Mac users, you are not familiar with Microsoft Security Assessment Tool, or MSAT. It’s basically a free tool for CIOs, CSOs and the like to perform security analyses. It presents two questionnaires, the first asking questions about your company’s IT infrastructure (“do you offer wireless access?”), the second asking about the company’s current security posture (“do you use WPA encryption?”). The end result is a report comparing the company’s risk exposure to the countermeasures in place, highlighting areas of weakness or overinvestment. The MSAT app itself isn’t too annoying.

Mostly. One bit is. Some of the questions are accompanied by information about the relevant threats, and industry practices that can help mitigate the appropriate threats. Information such as this:

So why do we enforce password expiration policies? Actually, that’s a very good question. Let’s say an attacker does gain your password. 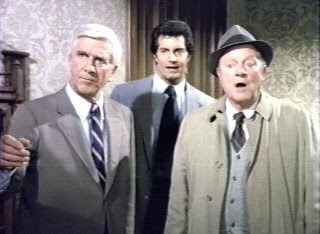 The window of opportunity to exploit this condition depends on the time for which the password is valid, right? Wrong: as soon as the attacker gains the password, he can install a back door, create another account or take other steps to ensure continued access. Changing the password post facto will defeat an attacker who isn’t thinking straight, but ultimately a more comprehensive response should be initiated.

So password expiration policies annoy our users, and don’t help anyone.

I make it faster and easier for you to create high-quality code.
View all posts by Graham →
This entry was posted in brute-force, password, tool-support. Bookmark the permalink.

2 Responses to Why do we annoy our users?